News in the Gluon World

As you may already know, we have just had the Gluon Electron, alpha2 release few weeks ago. It seems the project coding just gets more and more active, as well as from the presentation and promotion point of view. Remember, it is not enough to write code in the corner of a dark room, you need to hand the vision over to the potential users. I was planning earlier to write few words about my two previous talks on the topic of Gluon, but I have been really busy with the KDE Sprint in Randa, a small town in Switzerland with just a few hundred citizens. I will discuss my experience there in this entry.

Presentation about Gluon at the MeeGo meetup
Last week (Tuesday), I gave two good presentations about Gluon in Helsinki.  The program began with the local MeeGo meetup which has been sponsored by my company (not Nokia (: ) this time. Thank you to my company, the organizers and the participants for making it a success. The lightning talk went really awesome and actually turned into a long speech. As a matter of fact, this was the first time I could speak about the Gluon vision in this form and what activity we have been doing in our leisure time with other friends. I got a lot of positive feedback as well as very useful recommendations and suggestions (e.g. QML 2.0, because of the shader, particle, et cetera support). The outcome of the MeeGo conference has also been a very hot topic. As an extra, there was free food, drink and, most importantly, we had a good time together: a lot of fun with cool people from the opensource community. I think such situations make me feel quite happy and give me passion for the future. 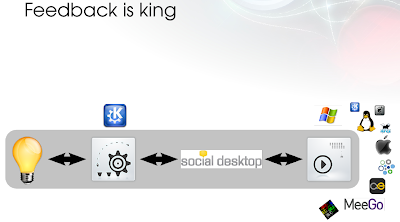 The Gluon Vision
Another Talk about Gluon at the IGDA event
I was heading to the other presentation with my friend, namely to the IGDA (game development and player) community meeting. By the time I did the second presentation, I was better prepared and had more experience, but it has also been a lot of fun. On the other hand, from the technical point of view: I did realize the fact again that the game developers and players have a strong need for windows support. It is something that has eventually been relatively fine (I could build on my Windows 7), but we will be trying to solve and test by the end of the Desktop Summit. So does it currently work on Windows. It has indeed been a bit of a special presentation in a way so that an opensource and free game development and distribution platform could be presented. This is something rare at the IGDA meetings. The most frequent situation is that there are commercial companies, for instance Rovio with their Angry Birds game, taking these occasions. In summary: I tried to speak to them about the Gluon vision and show a demo about the game creation and playing process. 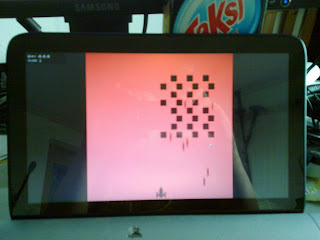 GluonCreator and KDevPlatform cooperation at Randa
I did not have too much time after the talks to relax because I was flying to Randa, a KDE sprint the next day. I was participating in the KDevelop sprint over there in order to discuss the opportunities and cooperation with the kdevplatform guys. The beginning of the story was very adventurous: the plane was late and I could not pick the cheap ticket up from Aaron Seigo who was waiting for me in Zurich.  In spite of the "vis major" situation,  it did really work out just fine. :) We had few days for the brainstormings and hackings. It
has really been a lot of fun. The work I have already achieved during the sprint is available in the creator branch of the Gluon repository. The purpose was to realize the pro/cons of the cooperation and to get familiar with the
kdevplatform API as much as possible. There were quite a few issues fixed during the Sprint in the kdevplatform project with regards to our requirements. I would like to express my sincere gratitude to the kdevelop guys. It has been a pleasure to spend a few days together with them. The Version Control System integration is on the way and language support also works fine that might be interesting for us, right after someone implements the javascript language support. While the hard work was proceeding nicely, we had a lot of non-geekish fun as well, like the football match behind the house on the ground, foosball, and walking up in the mountain and the neighbour city. 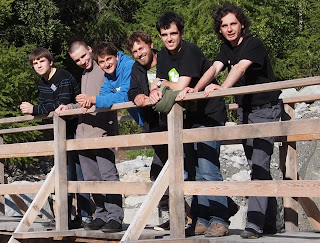 Gluon and CDash
Special thanks to Alexander Neundorf so that we could discuss the cdash project and the usage of that. It might well be what using this tool can bring another quality level into our project. I would personally like to see nightly builds and automatic test runs for the Gluon project and the results forwarded to the mailing list later or just check the results regularly out on the dashboard. I have a good friend who can support us with the proper server and hardware, thus let us see the outcome when I can finish (I have a bit of time) the procedure. 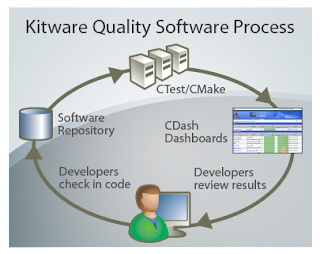 CDash is an open source, web-based software testing server
GluonPlayer and Telepathy
Another important discussion that took place the last day of the event
during the breakfast was about the Gluon Player and Telepathy integration. I am looking forward to making further research and investigation about the Telepathy Qt API.  One of the Telepathy guys told me it would be nice to meet at the Telepathy sprint, so I "accepted" the "invitation". Let us see what the future holds, but the audio, video voice, other multiplayer and real time
collaboration features might be interesting for us. I have some issues about the current situation, but not architecture-wise, like the cross-platform support and API stability. I hope the Collabora employees and volunteers can stabilize the API soon (e.g. this year). I also desperately hope the Windows and Mac D-Bus will be able to evolve to a certain level when it can be said: it is really awesome and wonderful on tholse platforms, too. That is a very attractive point, it is already for mobile phones, operating systems, like handsets and tablets. I would like to express my gratitude for their great work.

That is it for now. Thank you for your patience and attention! :)